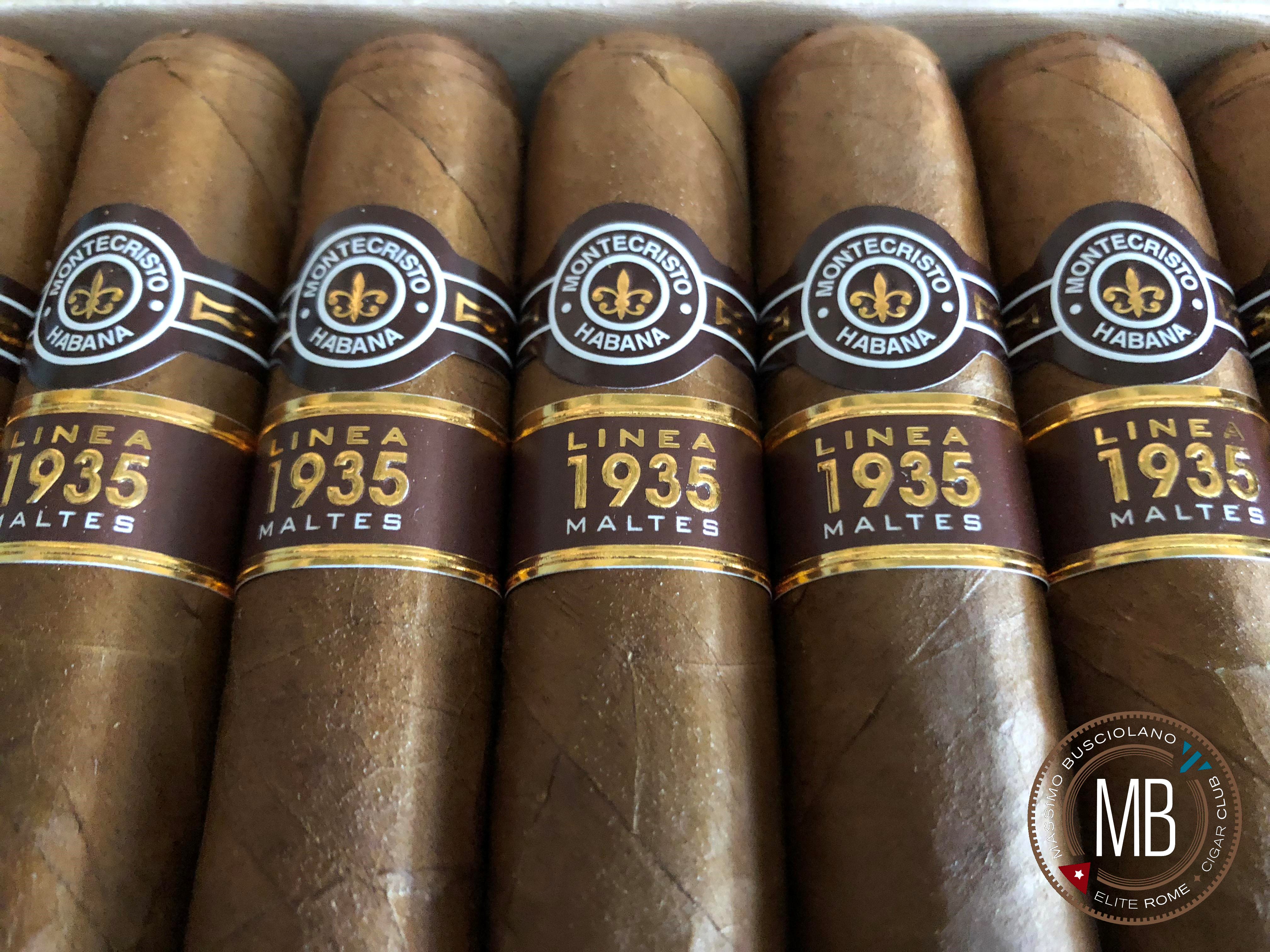 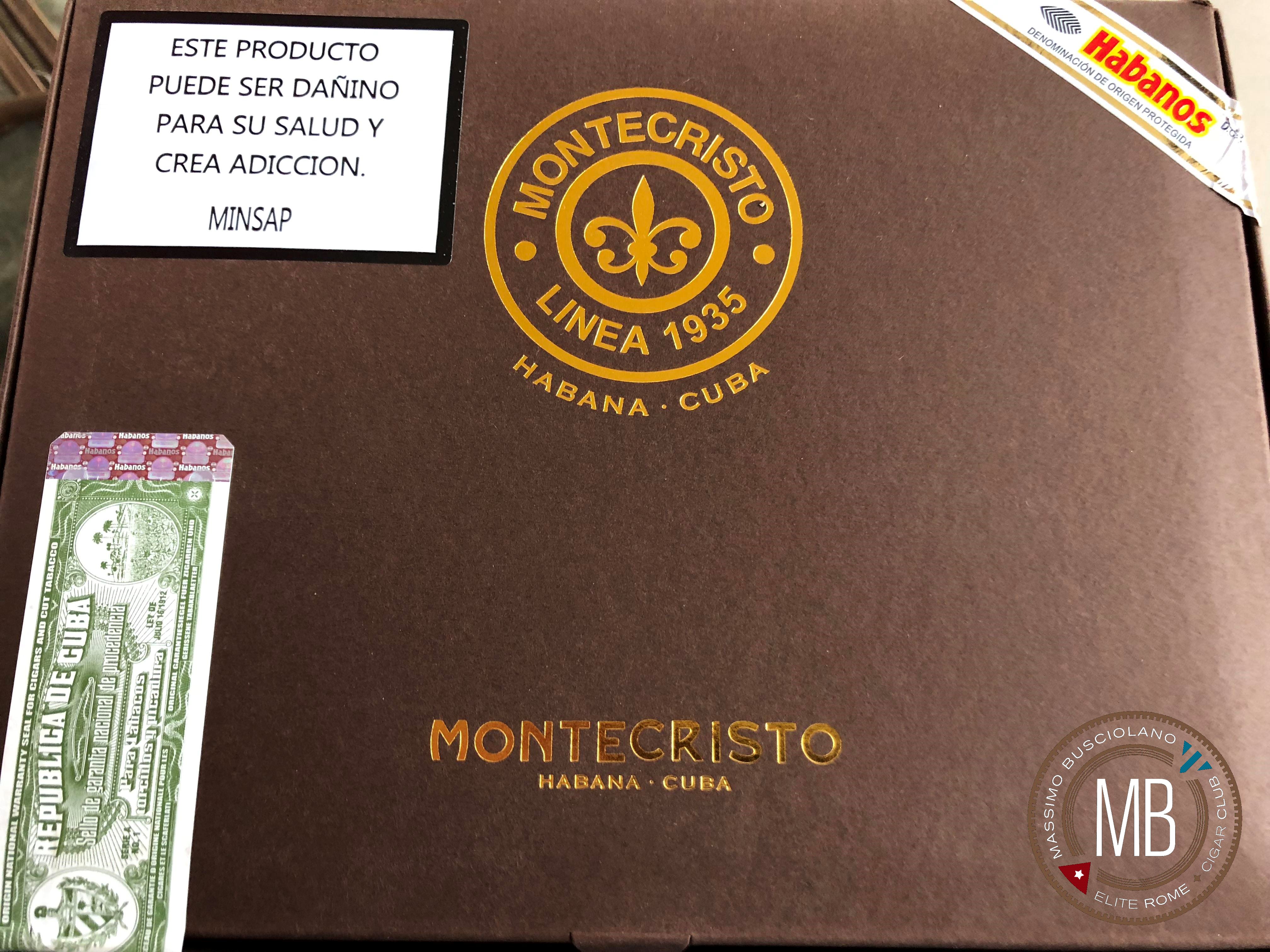 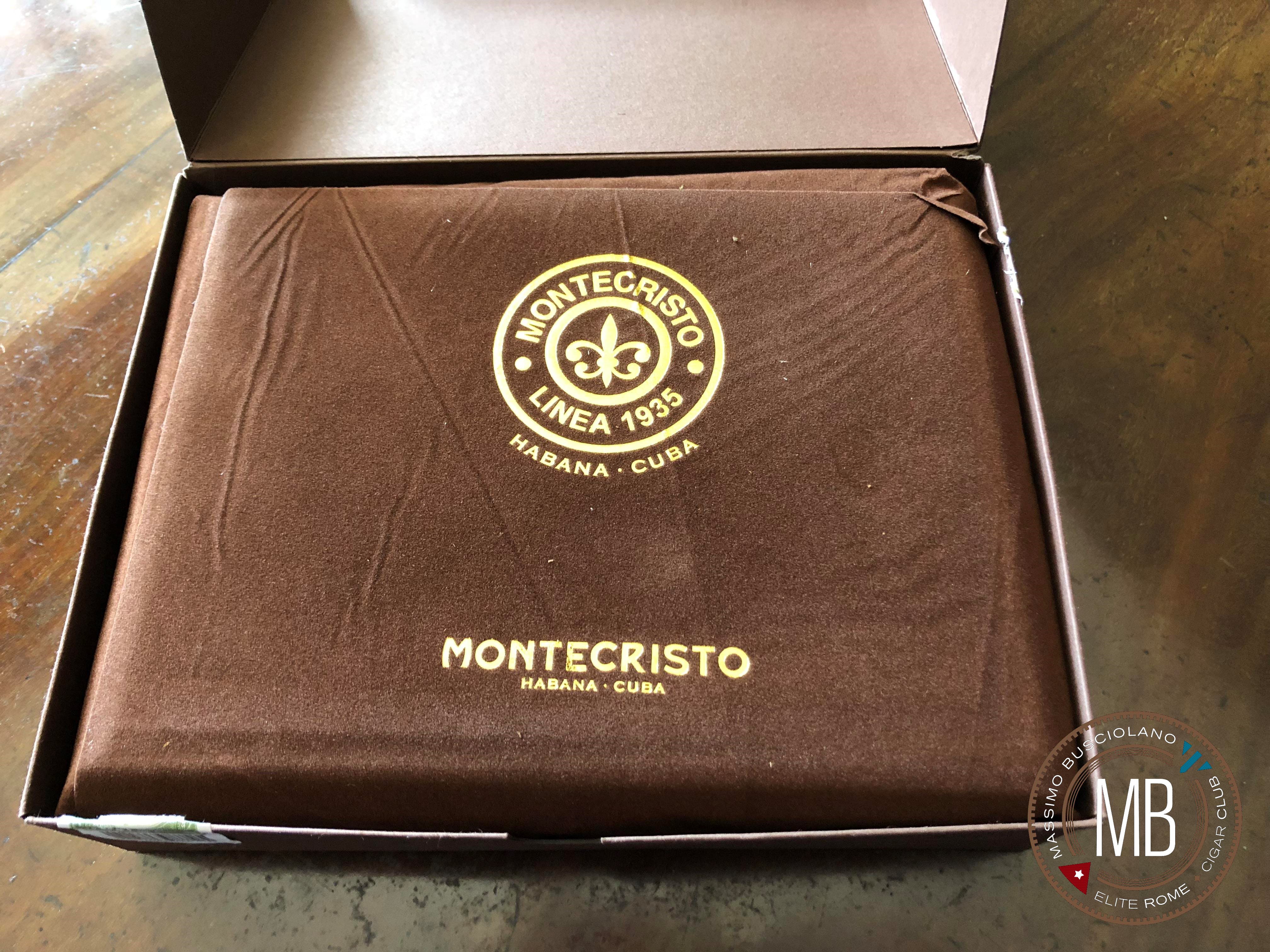 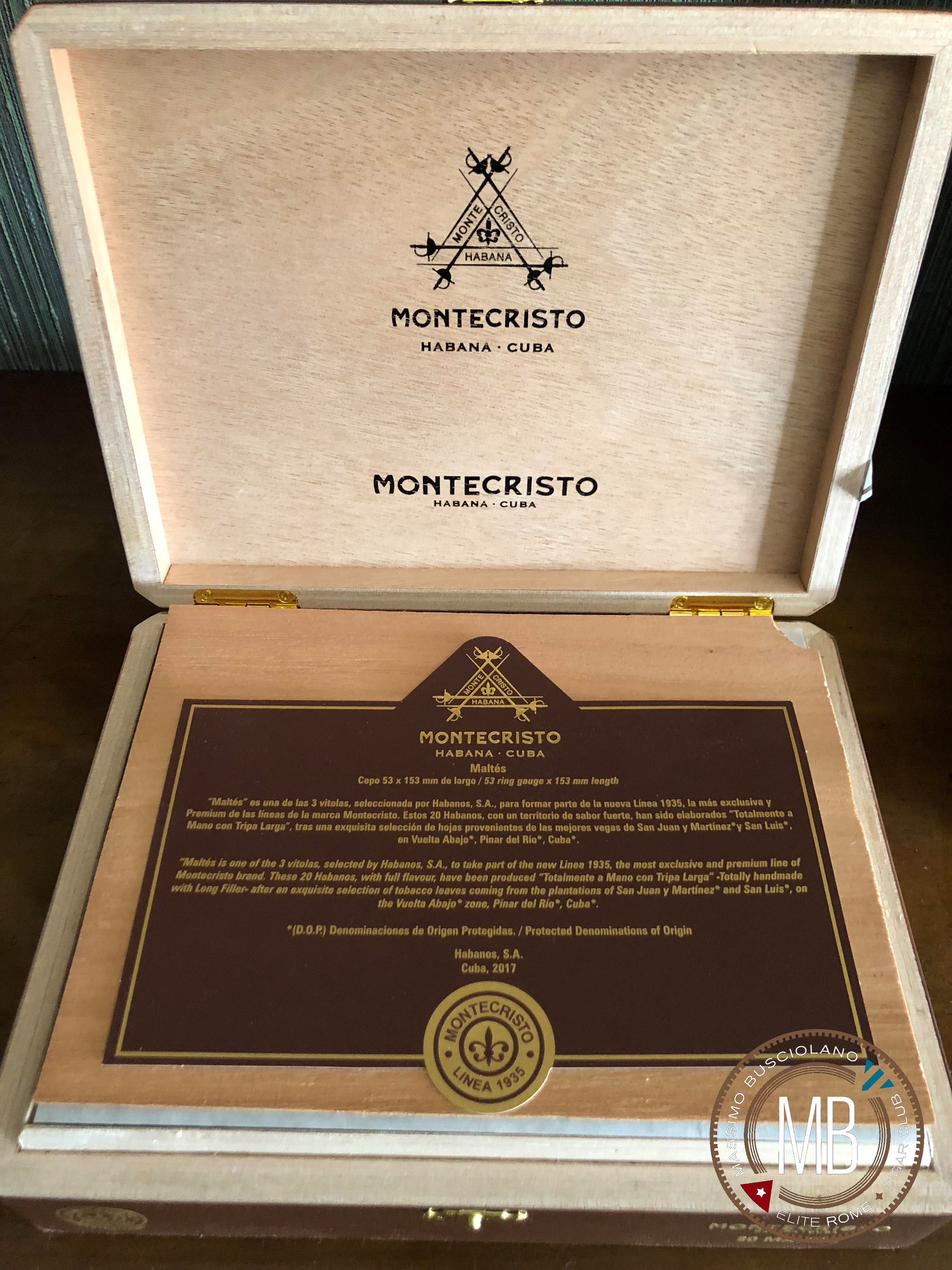 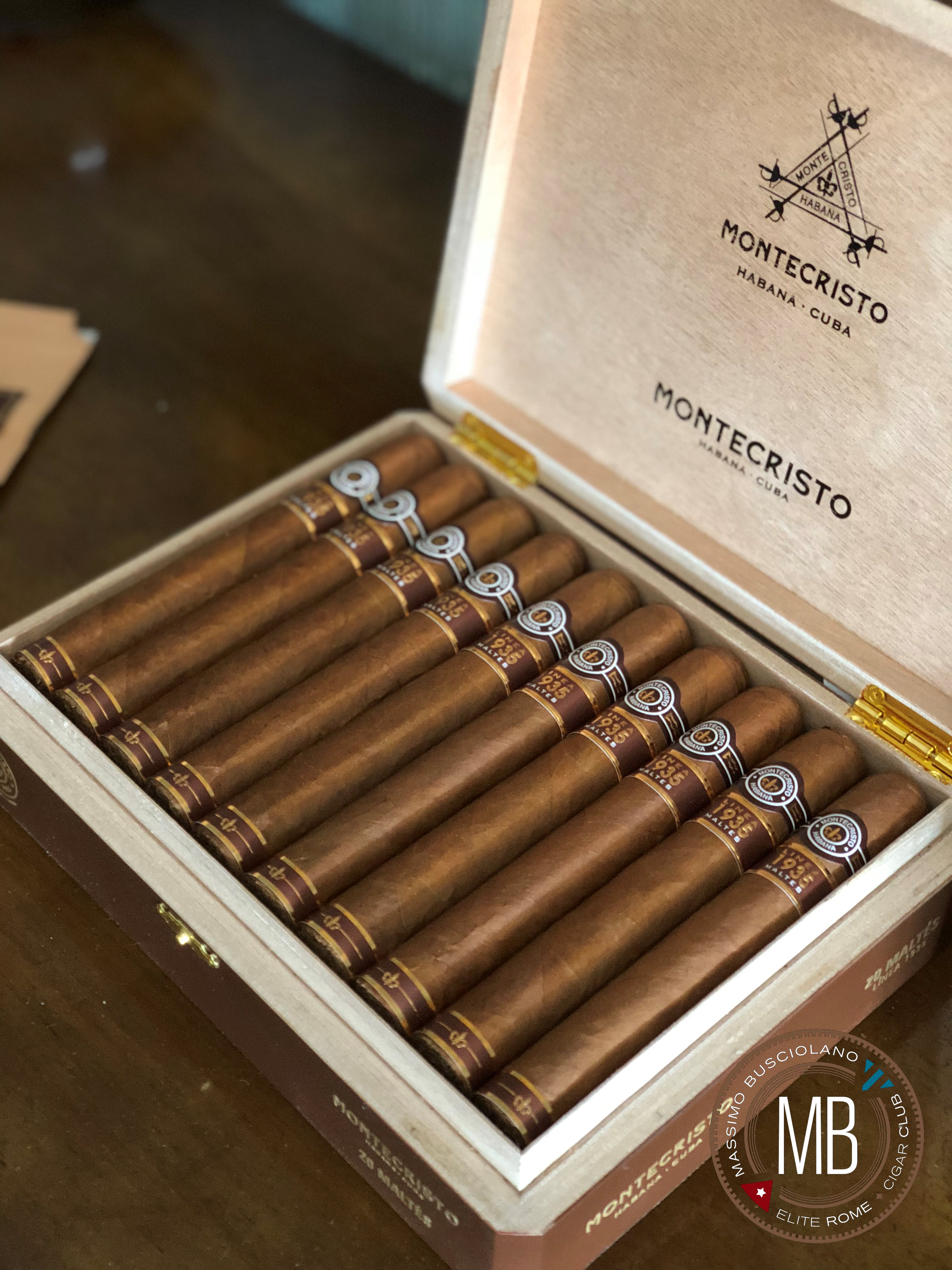 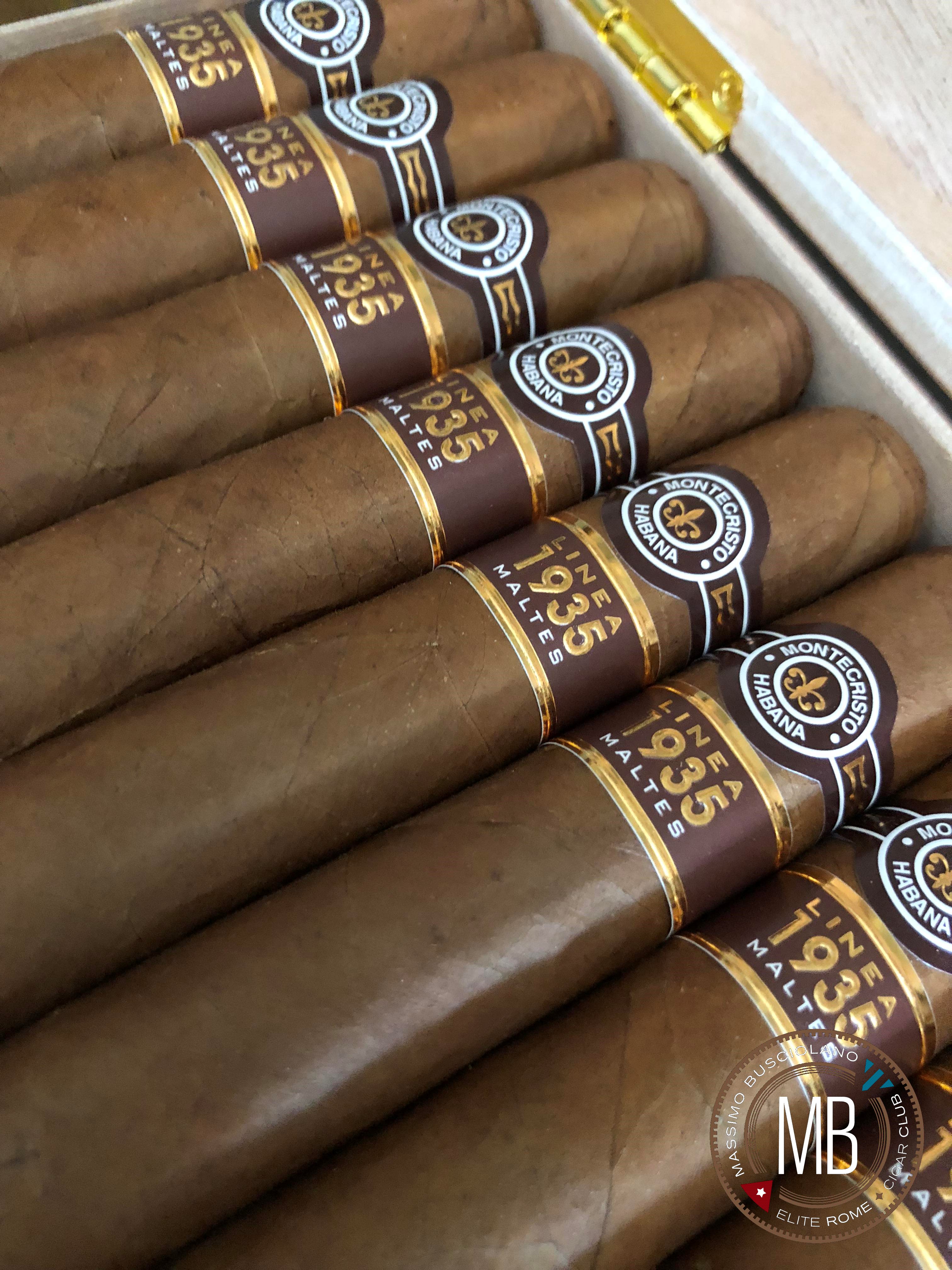 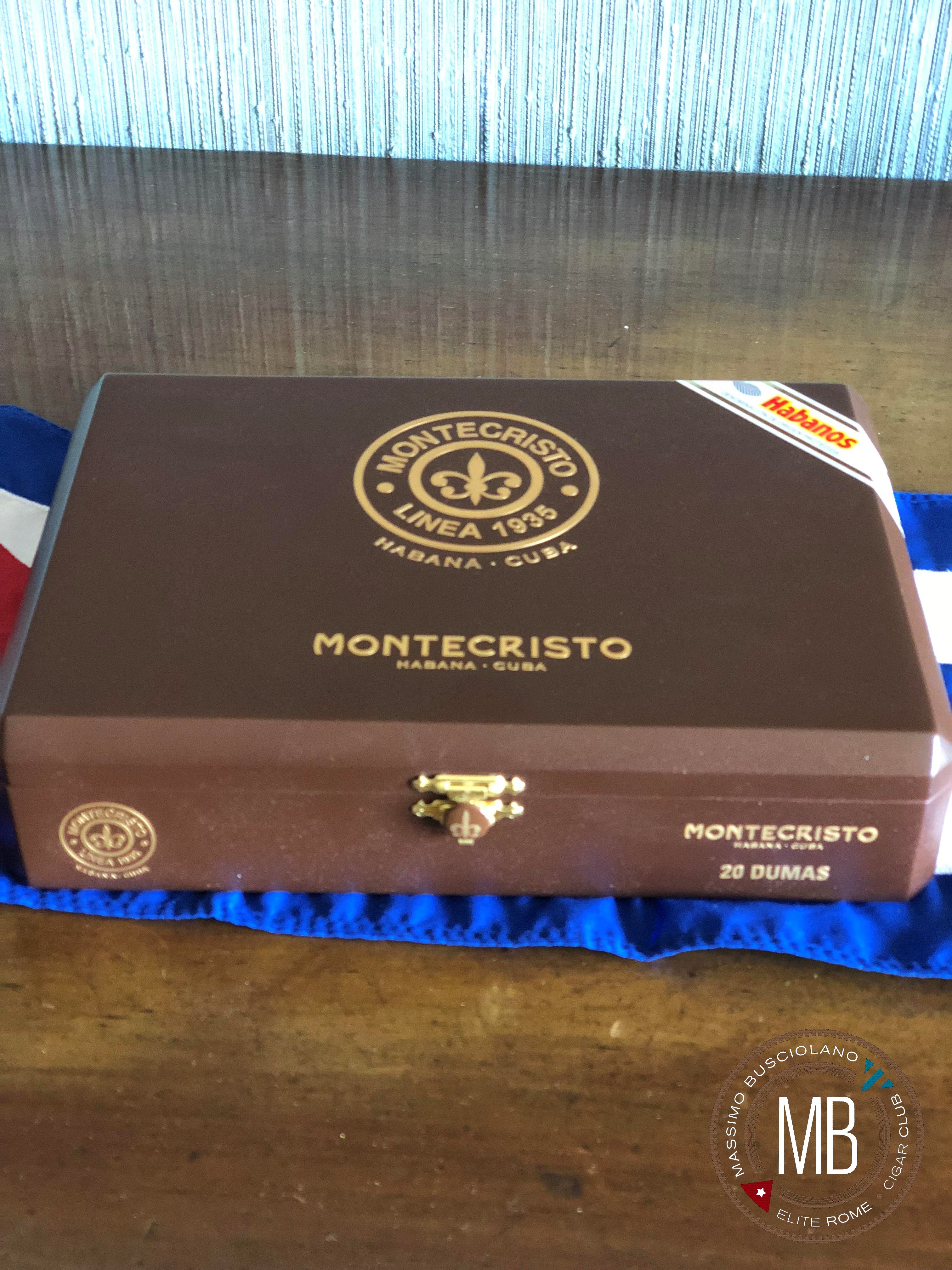 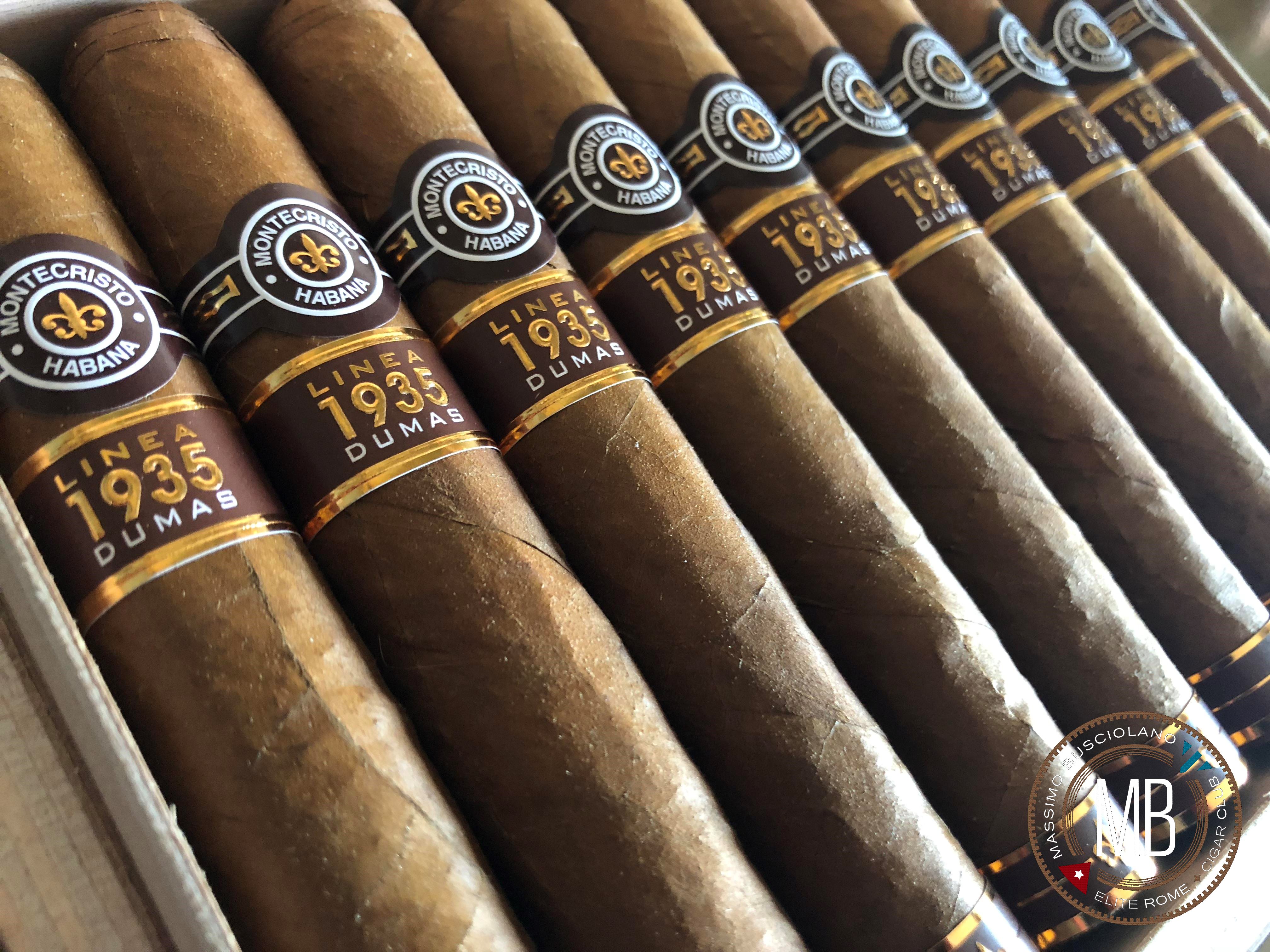 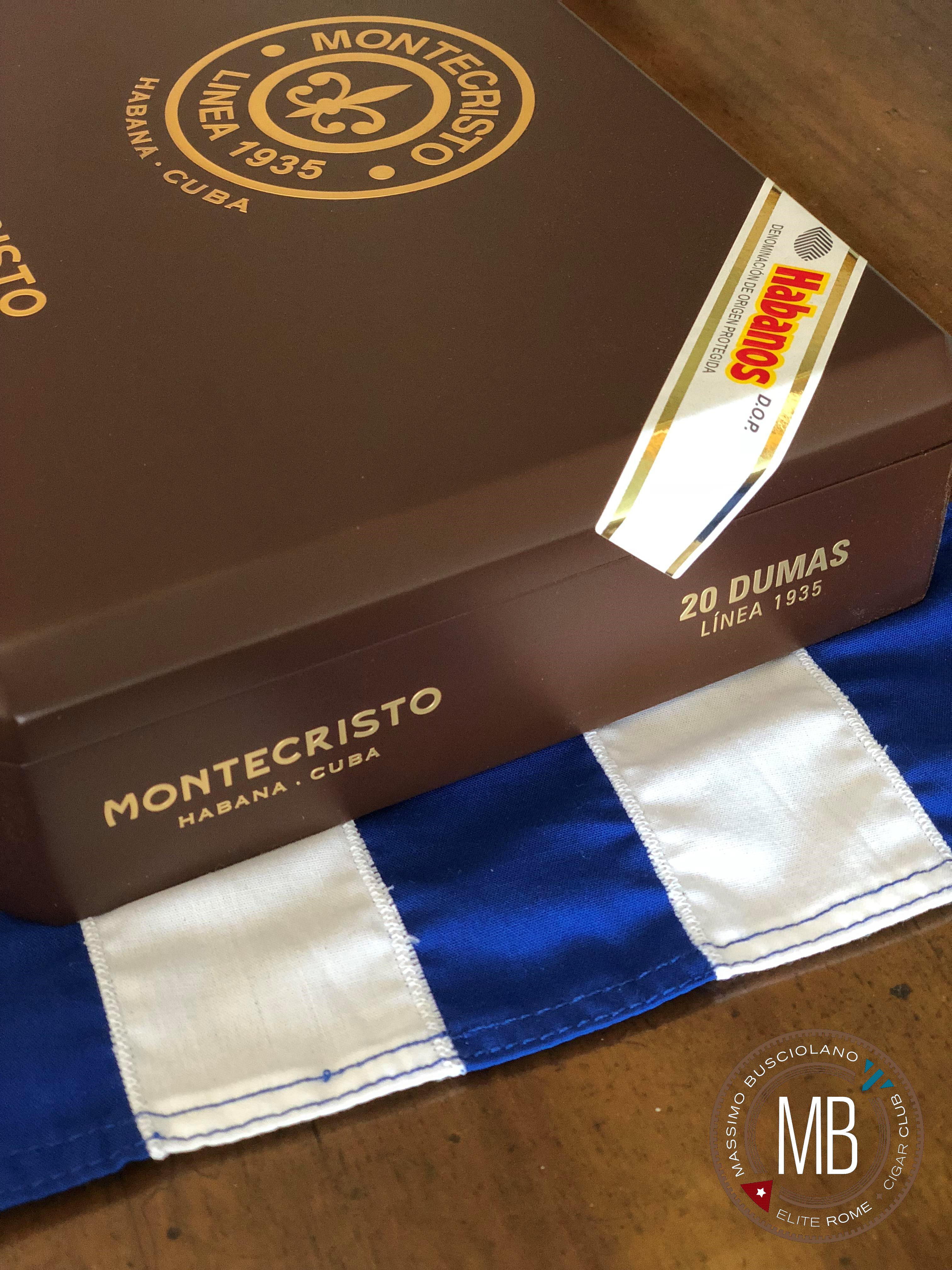 Habanos, S.A. launches the Línea 1935 under the Montecristo brand. Three new vitolas are incorporated into the brand’s regular portfolio; these will become the most premium Habanos offered by this brand.

Two of the three vitolas are unprecedented in the Habanos portfolio: Maltés (53 x 153 mm) and Dumas (49 x 130 mm), while Leyenda (55 x 165 mm) takes the form of the special limited edition Montecristo 80 Aniversario, launched in 2015 to commemorate the brand’s 80th Anniversary.

Montecristo’s Línea 1935 is presented in a box with a unique design for the Habanos portfolio, with an elegant Carmelite lacquer finish and the distinction of presenting all the beveled edges. A tape with the name of the line and the vitola as well as an innovative base band with the traditional fleur-de-lis that has distinguished the Montecristo brand since its founding have been added to the brand’s traditional band.